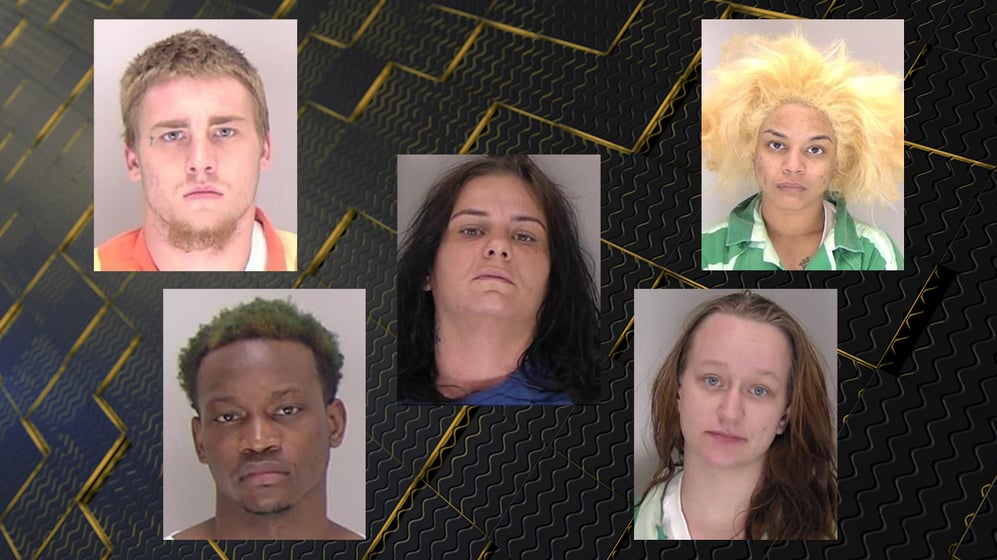 AUGUSTA, Ga. (WFXG) - Five people have been arrested after an abused woman was found being kept in a Hephzibah mobile home.

Just before 10:30 p.m. on Nov. 19, deputies responded to a gas station on Peach Orchard Rd. There, they met with a man who told them a woman was being held against her will in a nearby home. The man told deputies he went to a mobile home on the 2200 block of Nellie Dr. to retrieve some items. When he entered a room in the mobile home, he says he saw a woman being kept nude in a dog cage. He says the woman asked for help.

He says he asked one of the suspects, Shonna Powell, what was going on. Powell reportedly told him the woman was her "whore." She reportedly said the woman "stole a bunch of stuff from me, so she is going to be my sex slave and I am going to pimp her out until she pays it off." The witness said he heard someone in the home say several people were on their way over to "have their way with her."

Responding deputies secured backup and went to the mobile home. After clearing the home, deputies found the woman in a bedroom. She had reportedly suffered several injuries to her face, including a severely swollen eye.

During the course of the investigation, members of the Richmond County Sheriff’s Office were able to locate and arrest five suspects:  Anjelika Figueroa, Shonna Powell, DeMichael Dawson, Savannah Piazzi, and Dawson Weston. All five have been charged with kidnapping, false imprisonment, aggravated assault, and possession of a firearm or knife during the commission of a crime. DeMichael Dawson was also charged with possession of a firearm by a convicted felon.