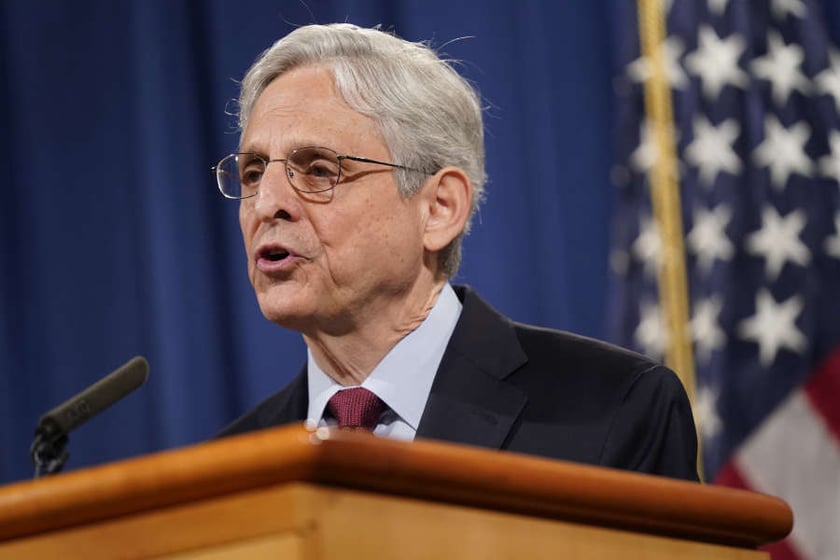 In this June 25, 2021 file photo, Attorney General Merrick Garland speaks during a news conference at the Department of Justice in Washington. (AP Photo/Patrick Semansky, File)

By ERIC TUCKER and MICHAEL BALSAMO

WASHINGTON (AP) — Attorney General Merrick Garland named a special counsel on Friday to oversee the Justice Department’s investigation into the presence of classified documents at former President Donald Trump’s Florida estate as well as key aspects of a separate probe involving the Jan. 6, 2021, insurrection and efforts to undo the 2020 election.

The move, being announced just three days after Trump formally launched his 2024 candidacy, is a recognition of the unmistakable political implications of two investigations that involve not only a former president but also a current White House hopeful.

Though the appointment installs a new supervisor atop the probes — both of which are expected to accelerate now that the midterm elections are over — the special counsel will still report to Garland, who has ultimate say of whether to bring charges.

The role will be filled by Jack Smith, a veteran prosecutor who led the Justice Department’s public integrity section in Washington and who later served as the acting chief federal prosecutor in Nashville, Tennessee, during the Obama administration. More recently, he has been the chief prosecutor for the special court in the Hague that is tasked with investigating international war crimes.

The Justice Department described Smith as a registered independent, an effort to blunt any attack of perceived political bias.

Representatives for Trump, a Republican, did not immediately return messages seeking comment.

There was no immediate reason provided for the decision or for its timing. Garland has spoken repeatedly of his singular focus on the facts, the evidence and the law in the Justice Department’s decision-making and of his determination to restore political independence to the agency following the tumultuous years of the Trump administration.

And there does not seem to be an obvious conflict like the one that prompted the last appointment of a special counsel to handle Trump-related investigations. The Trump Justice Department named former FBI Director Robert Mueller as special counsel to lead the investigation into potential coordination between Russia and the Trump 2016 presidential campaign.