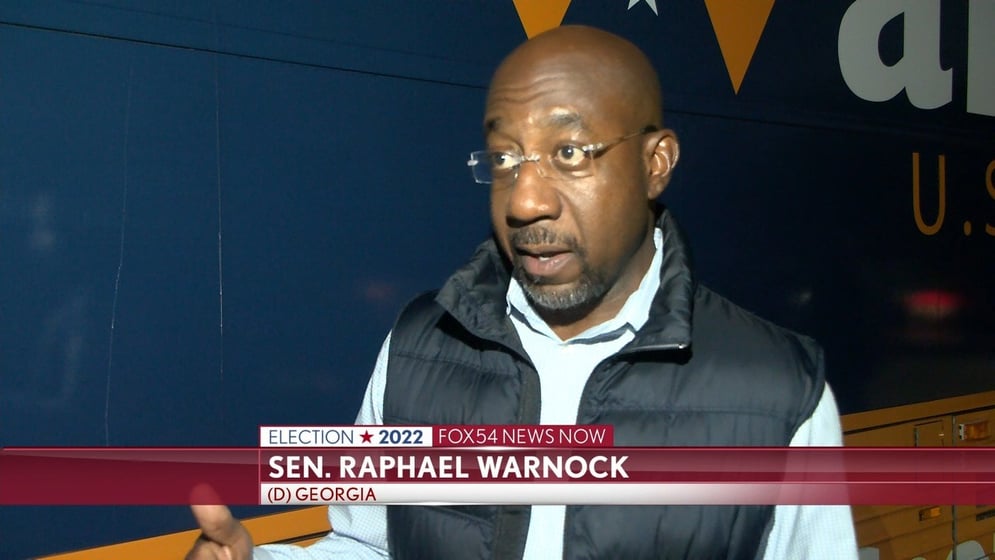 (ATLANTA, GA) - Senator Raphael Warnock, along with the Democratic Senatorial Campaign Committee and the Democratic Party of Georgia have filed a lawsuit  to allow access to Saturday early voting ahead of the December 6 runoff.  A new state law doesn't allow for Saturday voting if it's within two days of a state or federal holiday.  There is no Saturday voting the weekend before a primary, general or runoff election, which eliminates the two Saturdays leading up to the runoff.  According to a media release, the lawsuit was filed in the Superior Court of Fulton County.

Georgia Secretary of State Brad Raffensperger said in a statement, "If recent elections prove one thing, it’s that voters expect candidates to focus on winning at the ballot box- not at the courthouse. Senator Warnock and his Democratic Party allies are seeking to change Georgia law right before an election based on their political preferences. Instead of muddying the water and pressuring counties to ignore Georgia law, Senator Warnock should be allowing county election officials to continue preparations for the upcoming runoff."

In an email statement, Warnock for Georgia Campaign Manager Quentin Fulks is quoted, “Illegal attempts to block Saturday voting are another desperate attempt by career politicians to squeeze the people out of their own democracy and to silence the voices of Georgians."  Fulks adds, “We’re aggressively fighting to protect Georgia voters' ability to vote on Saturday.”