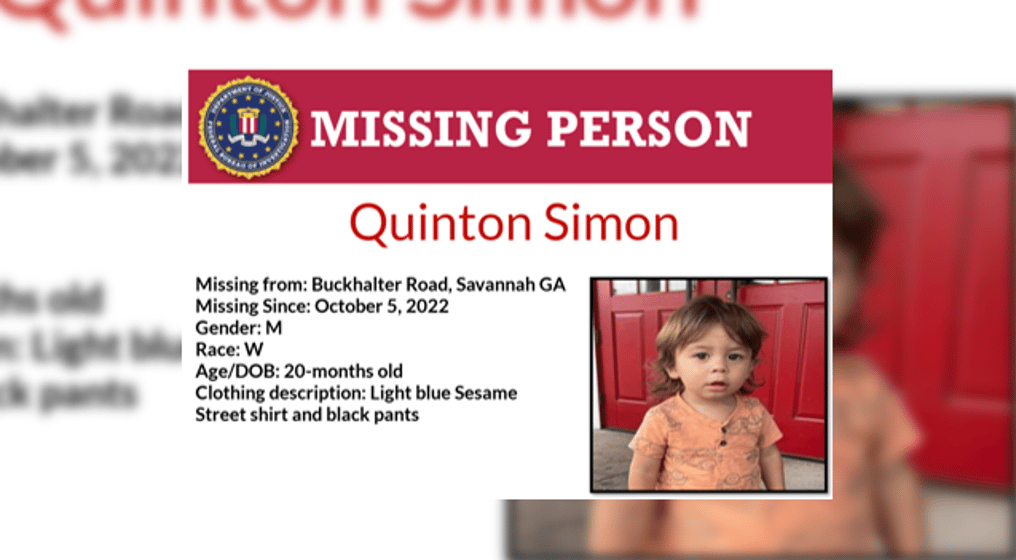 BURKE COUNTY, Ga. (WFXG) - Earlier this week, the Burke County Sheriff's Office reported that a man was struck and killed by a car on Hwy. 23. We now know that the victim was the grandfather of a missing toddler from Savannah, whose disappearance has made national headlines.

FOX 28 in Savannah is reporting that the victim has been identified as sixty-year-old Henry Dale "Bubba" Moss, Sr. Moss's grandson, twenty-month-old Quinton Simon has been missing since Oct. 5 and believed to be dead. Simon's mother, Leilani Simon is the prime suspect in his disappearance. Recently, investigators began sifting through a Savannah landfill, hoping to find the child's remains.