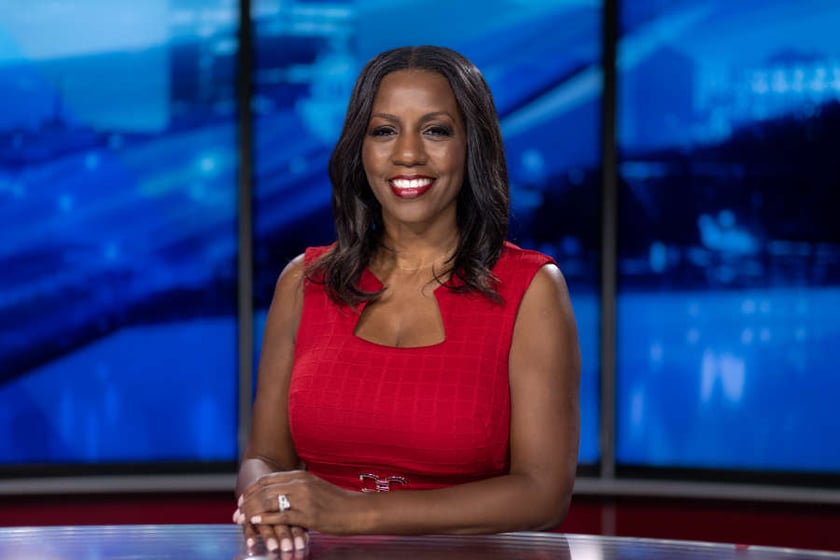 Kimberely Scott is the Weekday Evening Anchor on WFXG FOX54. Rejoining the station in July of 2022 and making her return to Augusta. Kimberely was one of the first to anchor FOX54 News at 10 during it's initial launch nearly twenty years ago.

Kimberely spent time in the Upstate where she worked in the Greenville-Spartanburg area at WSPA 7 News, anchoring the 4:00 pm and 5:00 pm newscast.

Prior to that she worked in Augusta at WJBF News Channel 6 for a number of years, where she co-anchored the 5:30 p.m. newscast on WJBF and the 10 p.m. on MeTV.

The Ohio native made her way to Augusta via Atlanta. While in Atlanta, she worked as a DJ at radio station WTJH, and with a team of producers, she created and served as a co-host of a teen talk show called "The Cutting Edge," which aired on Atlanta's cable access channel.

Soon after, she landed a job with Georgia-Pacific's Corporate Communications Division, and later, she began working for Cox Enterprises in their Broadcast Division. During her years in Atlanta, she mentored young people in her community and worked with civic organizations.

In the Upstate, Kimberely was connected to the community and also served on the Hospice Division Board of Spartanburg Regional Hospital and the Cancer Association of Spartanburg & Cherokee Counties, Inc.

Kim was honored with a "GABBY Award" by the Georgia Association of Broadcasters, which designated her as the "Best On-Air Personality" in Georgia in 2006.

In her leisure time, she enjoys cooking, traveling, experiencing new cultures, and shopping. Kimberely is married to Brandon Brown.