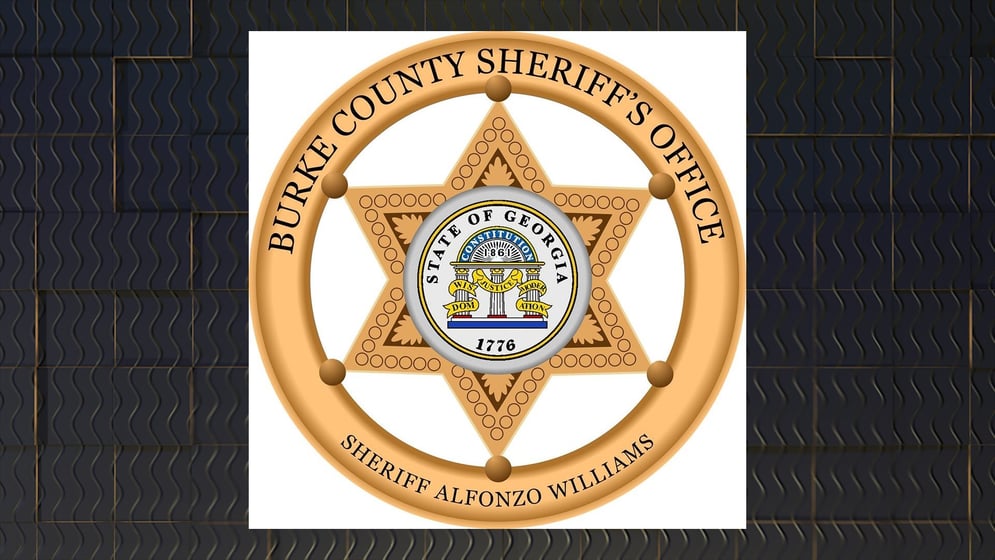 An initial investigation into a weekend fire at a storage shed belonging to the Burke County Sheriff's Office suggests it started with an employee's "smoke" break.  According to a media release, the employee was using the designated area for smoking and when they were done, deposited the cigarette into a receptacle designed to extinguish it.  Security camera footage indicates the base of the receptacle started to smoke, melting the handle and wind knocked it over where it ignited a trash can.  Fire soon reached the storage shed.

Two people passing by noticed the fire and reported it.  No injuries were reported.  While emergency crews were able to get the fire under control, much of the contents were destroyed.  According the Sheriff Alfonzo Williams, much of the material is either on computers or was moved, such as employee files.  Lost in the fire, according to Williams, were arrest booking reports dating back to 1990, old docket books and historical data which he concedes may be found in other locations such as the District Attorney's office or digitally.

State fire investigators have been called in to investigate.  Sheriff Williams believes the fire to have been "100% accidental, with a human element and was non-intentional."

Read the release below:

On Saturday, October 16, 2021 at approximately 2334hrs an employee finished a smoke break in the designated smoking area outside the sheriff’s office and placed the cigarette in an approved plastic smoker’s receptacle, which is designed to eliminate cigarette litter from public areas, extinguish cigarettes quickly, and hold (and conceal) thousands of cigarette butts.  Several minutes later, the receptacle started smoking and the handle of the receptacle melted, exposing the base of the container and a blaze of fire.  The base fell over and ignited a trash receptacle.  The blaze reached the records storage shed and the winds were a contributing factor to the spread of the fire.  Two passers-by noticed the blaze and pulled in to the sheriff’s office, grabbed a near-by water hose and fought the fire.  The passers-by went to the detention center and alerted staff who summoned 911.  Burke County EMA and BCSO deputies responded.  BCEMA found the building engulfed by fire and was able to bring it under control and extinguish it.  The fire did not reach the permanent buildings.  There were no injuries nor complaints from employees or inmates.  The incident in its entirety is on sheriff’s office video.

The preliminary investigation by our office shows the fire was 100% accidental with a human element and was non-intentional.  The wind was a contributing factor.

We lost old docket books, card catalog files, old case files and other historical data, some of which may be stored in other locations such as the detention center, on digital format, or in the DA’s Office Records Retention Files.  Criminal history information is stored at the Georgia Crime Information Center and is assessable via digital format.

The state fire marshal and BCEMA investigator spent yesterday combing through the scene and investigating the cause and origin of the fire.  Their findings will be made public through an official report, which must be obtained through the Ga Open Records Act.