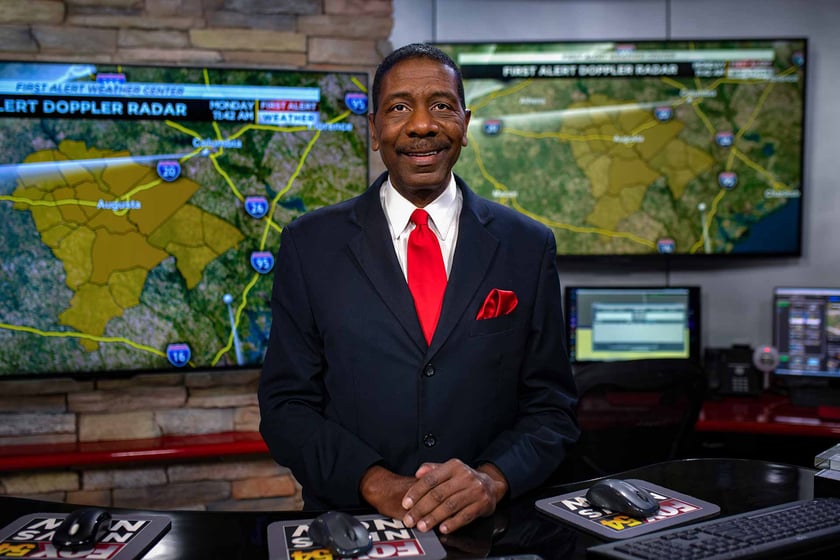 Meteorologist Jay Jefferies' fun and high energy style of weather forecasting have earned him a reputation as one of Augusta's most accurate and entertaining television personalities. He keeps viewers informed and prepared for the upcoming weather. He can also be seen around the community and the state hosting, participating, or emceeing various events.

Jay joined the WFXG-TV Fox 54 Weather Team in August 2016, with over 32 years of experience. He was previously on WRDW-TV and then on WAGT-TV and then in 2015 found himself weathering a corporate buyout storm. In the middle of the storm the news team was put on WJBF-TV briefly. Finally, when the storm cleared, Jay and over 30 of his co-workers found themselves unemployed. Much to the confusion and dismay of the community, Jay disappeared in April 2016. It was as he puts it, a test of his faith. In May 2013, his faith was truly tested and people begin to wonder, "Where in Augusta is Jay Jefferies"? He disappeared off the air for six months. He was very sick and found himself in three hospitals with the results being heart surgery and a mini-stroke. He now shares his story in speeches and appearances and uses his experience to bring awareness to strokes and heart disease.

Jay is an award-winning meteorologist and has been honored locally, regionally, and nationally. Known by his popular segment "Where in Augusta is Jay Jefferies", he was thrilled to be asked by the Weather Channel to be featured in an episode of "America Super Natural".

Being the only child, losing his mother to Lymphoma in July 2016, he relates all that has happened to him to a quote he likes, "Faith in God includes Faith in God's timing". Hailing from Cleveland, Ohio, Jay and his wife Bonita, their children Jaida and Jaden all live in Augusta with Pepper, a rescue from an Aiken shelter.

You can send Jay an email at [email protected].